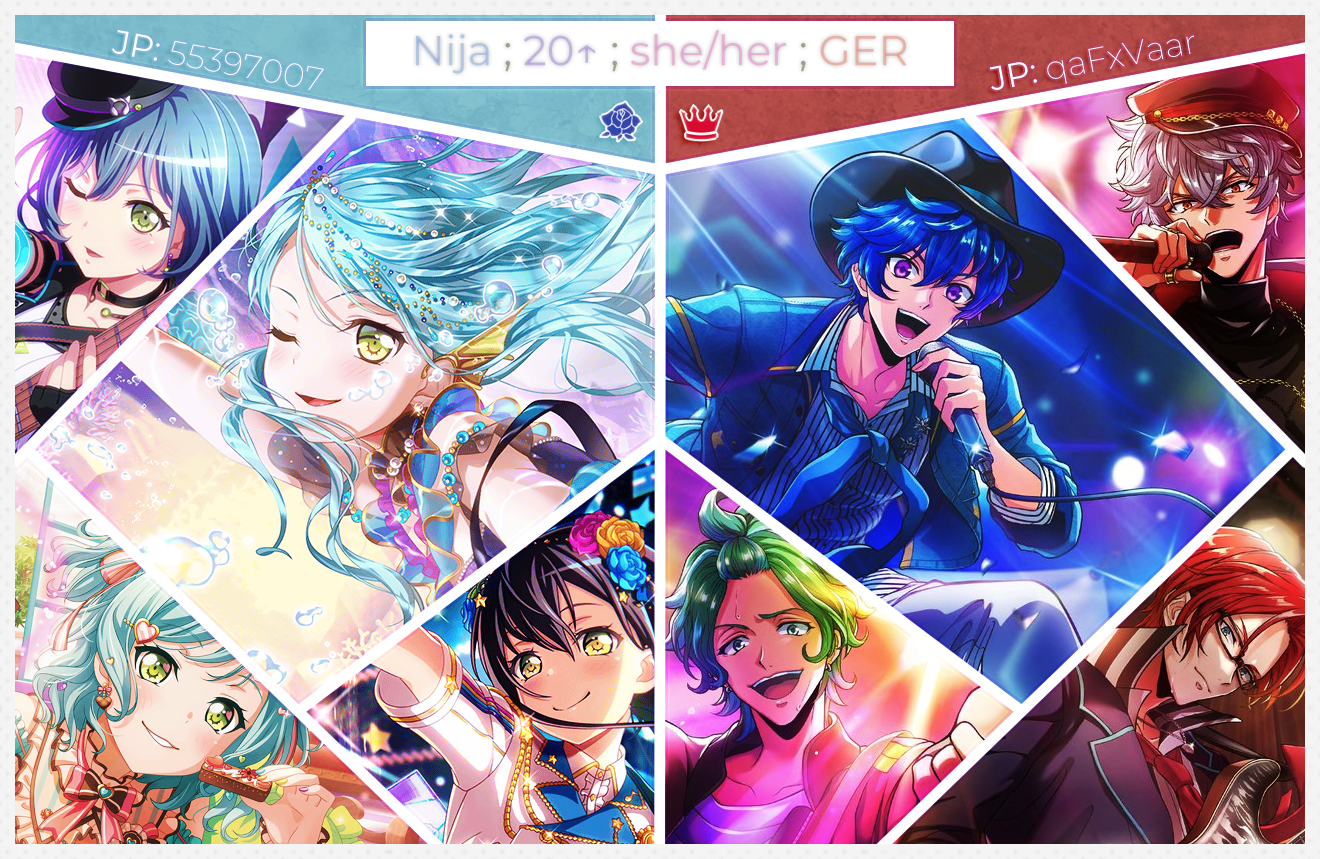 dm me to join the BanPa Among Us Discord server where we play Among Us sometimes! sometimes.

(feel free to block if I'm annoying, or for any other reason. no hard feelings!)

I love every character, no matter where they are on my list!! also a lot of these rankings are arbitrary and either characters are tied or their position changes based on the day ... I just like lists ...

「The top is ours. Victory is a matter of course.」

A rock band from Otaru, Hokkaidou, that was formed by five high schoolers, four of which come from wealthy families. They aim to reach the top of the world with the best songs they can make.

「Like the inside of a kaleidoscope in which brilliant colours are dancing, our music, too, should shine like a prism.」

A previously established band from Otaru, Hokkaidou, that recently lost its vocalist. Struggling to keep their sound, they recruited Hanami Ikuto to fill the space that was left.

「Say, if you were given the chance to reach out and touch the stars, as long as you put everything on the line – would you take it?」

A newly formed all-male band from Ishikari, Hokkaidou, that bewitches its audience with its unique blend of symphonic and modern music. Lacking a guitar, the violin takes the main spotlight alongside the vocals by Inoue Rinto, formerly from *KALEIDOSKOPE.

「A magical girl's job is to banish the evils that threaten the people and help everyone to smile every day!」

A magical girl-themed band from Tokyo that puts on colourful and vibrant shows for their fans in order to make them happy. When they enter the stage, they transform into musical allies of love and justice, chasing away the shadows of this world.

「Not only are we gonna show 'em the best show they've ever seen - we're gonna show them a world they couldn't even dream of.」

A peculiar electronic band that previously only performed online via V-Tuber avatars. Dreaming of turning their fantasies into reality, they push forward in both technology and music, blending them into a truly unique performance.